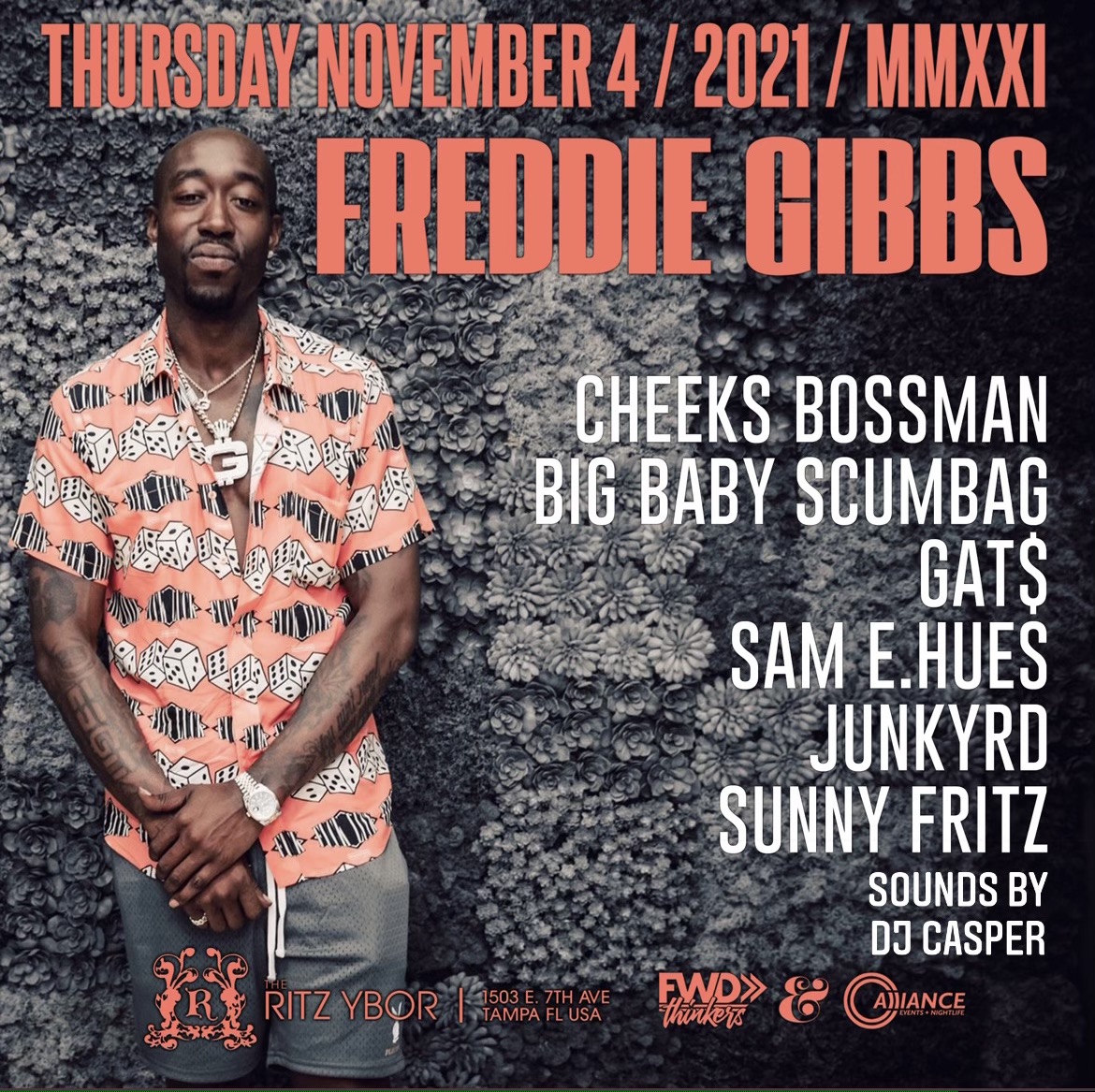 We are very excited to bring FREDDIE GIBBS to Tampa with @alliance_events for ONE NIGHT ONLY!  >> Thursday 11/04/2021

Praised for his technical proficiency as well as his provocative lyrics, rapper Freddie Gibbs has won over fans of gangsta rap as well as underground hip-hop. He’s equally at home rhyming over booming breakbeats or trap beats, and has collaborated with a diverse array of rappers and producers including Young Thug, Jeezy, DJ Drama, and Statik Selektah. He made a name for himself with a series of self-released mixtapes throughout the 2000s and early 2010s.

Freddie, a commercial mixtape with cover art paying homage to Teddy Pendergrass’ album Teddy, appeared in 2018. Gibbs and Madlib then returned as a duo with Bandana. Issued via major-label RCA, the June 2019 release entered the Billboard 200 at number 21. The following May, Gibbs and the Alchemist teamed up for Alfredo, a number 15 hit with assists from Benny the Butcher and Conway the Machine, as well as Rick Ross and Tyler, The Creator.