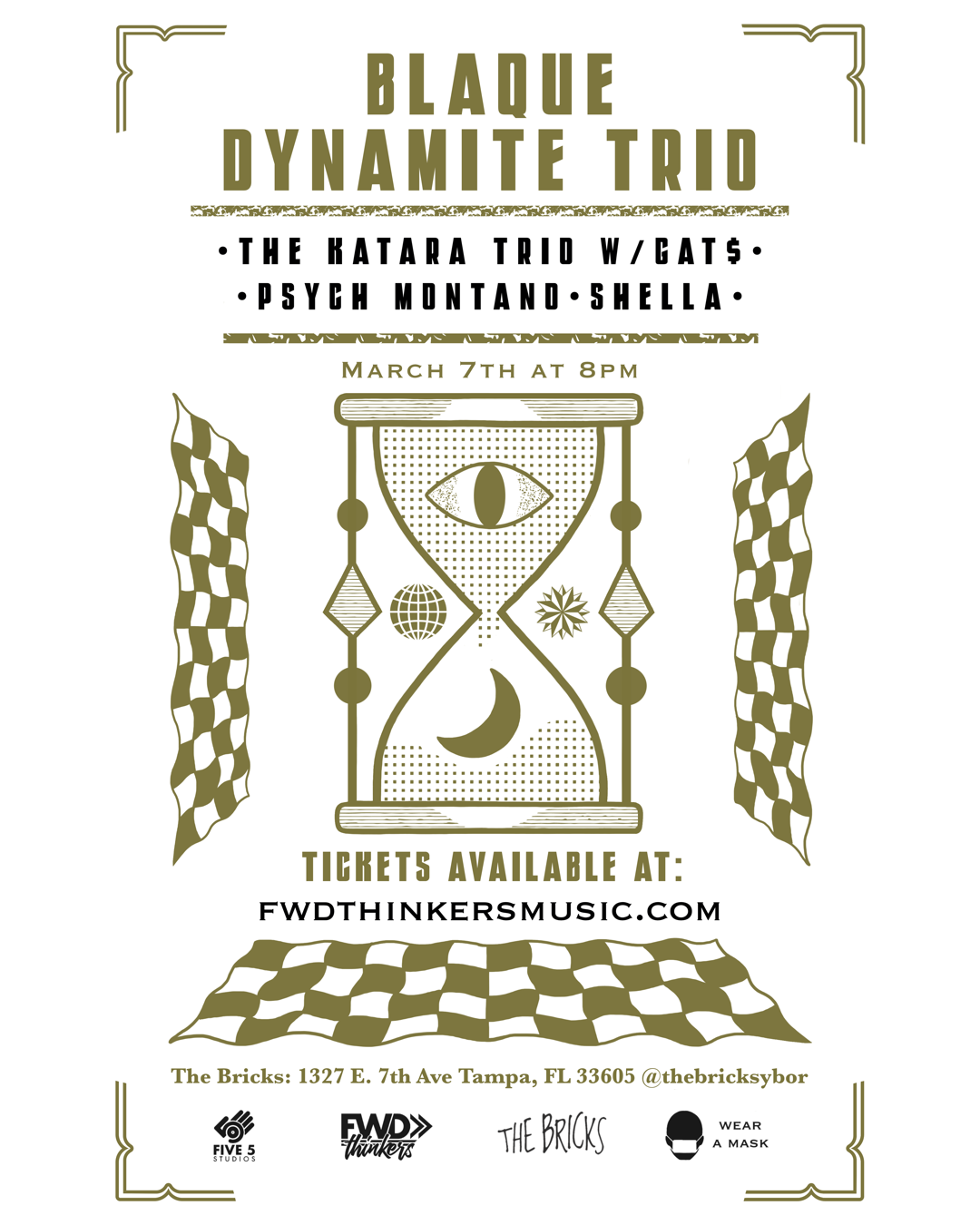 Blaque Dynamite, a.k.a. Mike Mitchell, has given validity to the cliche that age is nothing more than a number. He began drumming at age 2, played in his first live recording session at the ripe young age of 7, and had acquired a roster of drum company endorsements by the time he turned 11 years old.

Young Dynamite gained his early development and exposure to music in a church setting. At an early age, he began to create his own music which in turn fueled his relentless passion and respect for the drums. Inevitably, he had become very interested in the pursuit of expanding his knowledge of music and honing his craft. At twelve, he embarked upon the study of music theory. At fourteen, he found himself in the hallways of the renowned Booker T. Washington High School for the Performing and Visual Arts in Dallas, Texas in 2009. The school also fostered the amazing talents of Norah Jones, Erykah Badu, and the late Roy Hargrove. Simultaneously, Dynamite took full advantage of attending workshops, master classes, and clinics at colleges and universities all over the country during the summer breaks between tours. Being gifted to play all genres, Dynamite has been the recipient of a host of accolades and prestigious awards. He has received 14 DownBeat Music Awards and his impressive performance credits include Grammy award-winning artists Christian McBride, Erykah Badu, Thundercat, Michael McDonald, Bob Mintzer, Chrisette Michele, Kamasi Washington, and the legendary Clark Sisters. In 2012, he was selected to perform on a global stage at the inaugural International Jazz Day Celebration with one of the most influential artists of all time, the iconic Herbie Hancock. Shortly after, Dynamite was reigning the drum throne for the living legend, virtuoso bassist, composer, Stanley Clarke. Then, he graduated high school! (Class of 2013)Fast forwarding, the Grammy-nominated artist Blaque Dynamite has toured five of the seven continents of the world. In 2015, he released his debut album entitled “WiFi” with Dallas-bred band, Raché. His collaborations with artists such as Christian Scott, Derrick Hodge, Doobie Powell, Kierra Sheard, Willow Smith, Talib Kweli, and Jon Bap have been the catalyst in the making of a new bandleader.On April 10th, 2020, Blaque Dynamite released his third album, “Time Out” on Dolfin Records, an independent record label out of Dallas.