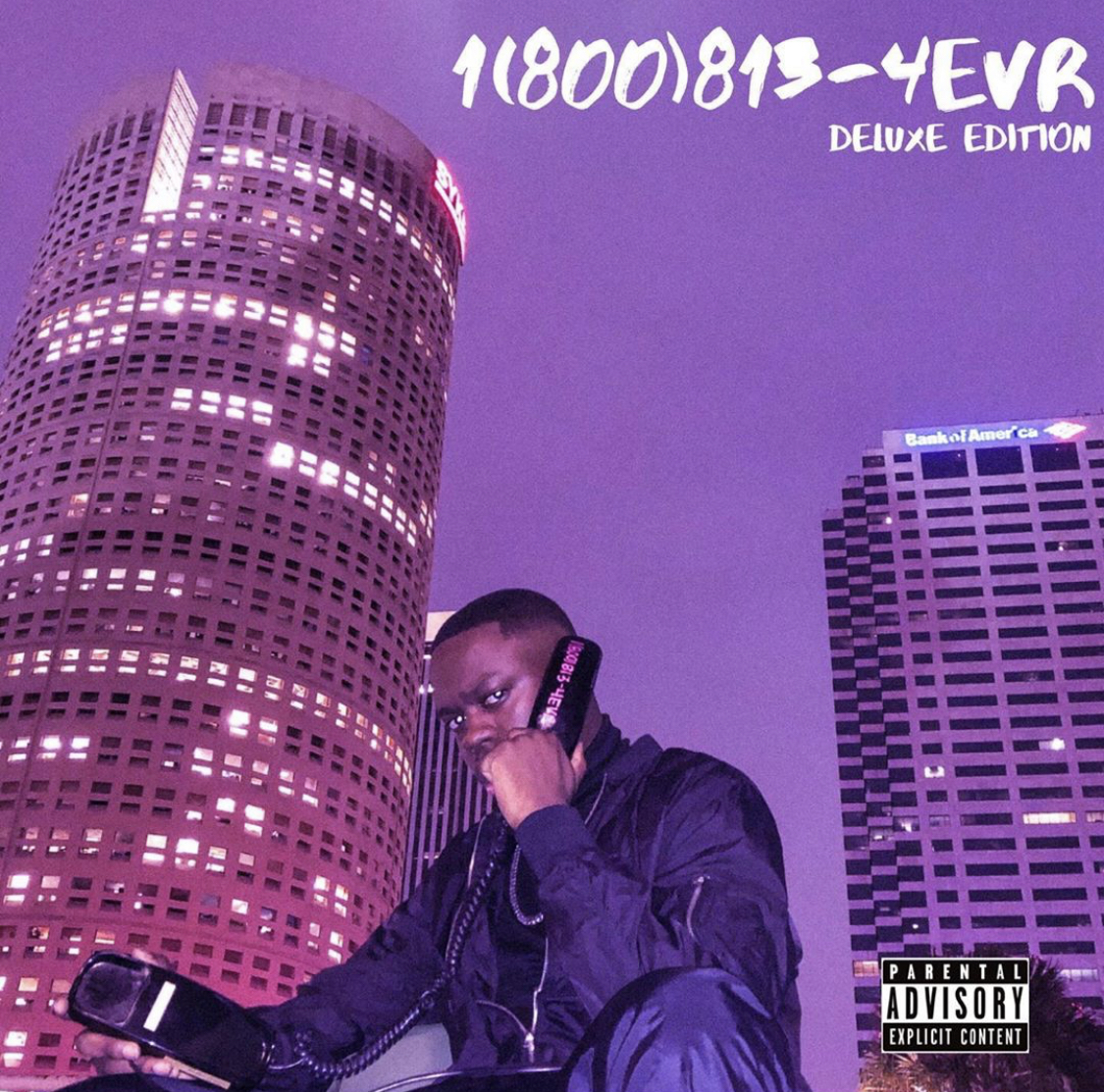 It’s easy to set the scene; the world is currently in a place of disarray, appropriate for the timing of a leap year and (possibly) Trump’s final term of presidency. You sit outside in your car, pulled up to the curb but not ready to go inside the crib. The night is comforting and you pop out the pre roll to enjoy while listening to something new. The gazing synths come out and Jay Browne is at the helm, crooning at the intro to his deluxe edition of ”18008134EVR”. The talented upstart looks to gain his ascent into the conversations of Tampa’s upper echelon, but does he?

The first question that you’d have to answer first is “who is Jay Browne?” “18008134EVR” operates as a scattered complete thought; sonically, it makes sense and is connected by the radio drop concept and each song moves fluidly into each other, but there are many thoughts jam packed into the 29 minutes.

Jay demonstrates a range of emotions and subject studying, starting with the impressive intro. “Riot & Revolution” does a nice balancing act with comparable Travis Scott singing and a stoic, staccato flow, with an emphasis on choices. The self proclaimed Gemini plays on the motif of the hard decisions we’ve been facing. Asking if we’re closer “to the after party or the after life”. Jay asks a lot of pertinent questions throughout his project which keeps you engaged, even through some of the tried and true delivery. The world gazing is where he shines the best, where moments such as “Infatuation II” come off as less urgent. However, songs like “Baythoven” plays it safe at first but open up with bewildering lyricism and wit.

The production mostly fits today’s uptempo climate, but after a run through, one has to ask if another palette would suit Browne’s effective emotionally charged double flow. He hits an immaculate stride on the second portion of “The Message” channeling a nice hybrid somewhere between Eastside Johnny and Zay, which is impressive; however, sitting in a soulful pocket seems to fit Jay the best. This is further demonstrated in the project closer. The EP ends with “Sir Nolan”, easily the most stunning work on the project. A love letter to his father, he taps in with honesty and blistering alliteration and natural flows and it’s at this point we’re seeing Jay at both a departure and his best.

You’ve spent 30 minutes reclined in the front seat, door closed but window slightly ajar to let some of the hotbox smoke out. Jay has taken you through a range of emotions as you pierce the midnight sky with a gaze. Will he go down as a Tampa legend? Probably, but only time will tell. If “18008134EVR” is any indicator to that though, you could bet the stars on it.

Included is a nice primer of my favorite songs from the project, alongside some joints I think you’ll like to compliment.