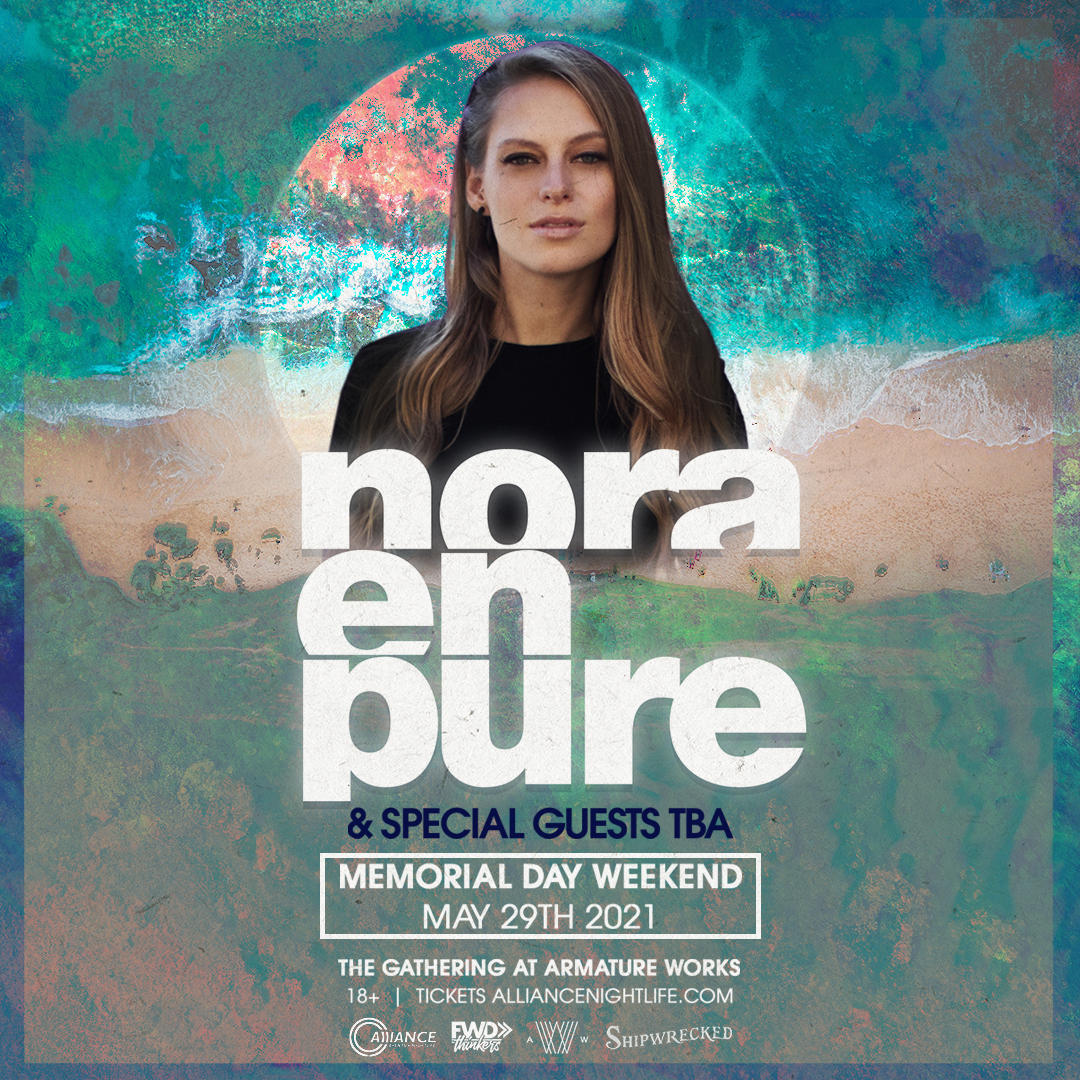 The South African born melodic deep house muse Nora En Pure connects disparate sounds and styles. A strong characteristic is her use of organic instruments and sounds with emotive piano leads being her strongest suit.
Nora En Pure is the Deep House & Indie Dance music sensation that is rippling through the sonic sphere with her beautiful blend of electronic beats. A core member of the Helvetic Nerds group, Nora leads listeners out of the darker realms of Deep House with intricate instrumentals and enlightening melodies. Every track she gets her hands on turns to gold and every performance she gives leaves the audience in awe. Moving far away from her home at an early age to Zürich, Switzerland, Daniela found herself longing to touch base with her South African roots. Growing up listening to classical music and playing the flute and piano, she began creating her own electronic beats. 2009 saw the beginnings of her musical career, releasing her debut tracks via the Enormous Tunes and Tonkenish imprints. Her breakthrough track ‘Come With Me’ catapulted her into the spotlight in 2013. Sparking wide interest in her sound, the track received extensive support from industry tastemakers and captivated a large and ever-growing legion of fans. Collaborating with the likes of Wretch 32, Aston Shuffle, Adrian Lux and Klingande, Nora En Pure infiltrated herself into the depths of the dance music world. Gracing the decks of some of the most revered dance music spots on the planet, Nora has played sets at Ultra Music Festival Miami, Mysteryland USA, Webster Hall NYC and Privilege Ibiza, to name a few. Her remarkable release schedule introduced an array of fan favorites, including her ‘Saltwater (2015 Rework)’, her Hype Machine #1 edit of Australian production trio RÜFÜS’ ‘You Were Right’ and her bouncy rendition of Oliver Heldens & Shaun Frank’s ‘Shades Of Grey’. Her two-track ‘Morning Dew’ EP featured the hauntingly beautiful title track, which was selected as Pete Tong’s first Essential New Tune of the year in his BBC Radio 1 show. Meeting many career milestones over the past two years, 2016 saw Daniela deliver her breathtaking BBC Radio 1 Essential Mix, tour relentlessly to bring her scintillating sound to as many countries as humanly possible and complete her first Ibiza residency at the world’s largest club, Privilege Ibiza. In 2017 she delivered a long list of sensational releases, including her diverse 4-track ‘Conquer Yosemite’ EP, funk-driven cuts ‘Waves’ and ‘Fever’, and touching creations ‘Tears In Your Eyes’ and ‘Trailblazer’. Making her debut at Coachella and being the only female artist to play Tomorrowland’s Mainstage Daybreak Session, she closed the year on an all-time high. With her Purified brand going from strength to strength in 2018, Nora landed her own weekly radio show on SiriusXM Chill and hosted her first Purified events in Miami, San Francisco, New York and Zürich. Touring the world over, Daniela won crowds over at the likes of Ultra Music Festival’s 20th Anniversary event, both weekends of Tomorrowland, Ushuaïa Ibiza, Panorama Festival NYC and many more iconic stages. Drawing fans in with stunning releases including Sphinx, the eclectic Don’t Look Back EP and the majestic Polynesia EP, Daniela garnered over 1.6 million monthly listeners on Spotify alone. With her Polynesia EP entering the Billboard Dance/Electronic Album Sales chart at #14, Nora En Pure has closed the year with a bang. Daniela continues to dominate in 2019, receiving two nominations in the IDMA Awards for Best Female Artist (House) and Best Podcast/Radio Show for Purified. Being announced as one Wynn Las Vegas Resident DJs and making her highly anticipated return to ULTRA Music Festival & Coachella, Nora continues to prove her indomitable work ethic and demonstrates why she has been crowned the Queen of Deep House. With two Purified events already scheduled in Miami for Miami Music Week and New York and her first release of the year ‘We Found Love’ working its magic all over the globe, 2019 is sizing up to be Nora En Pure’s biggest year-to-date.