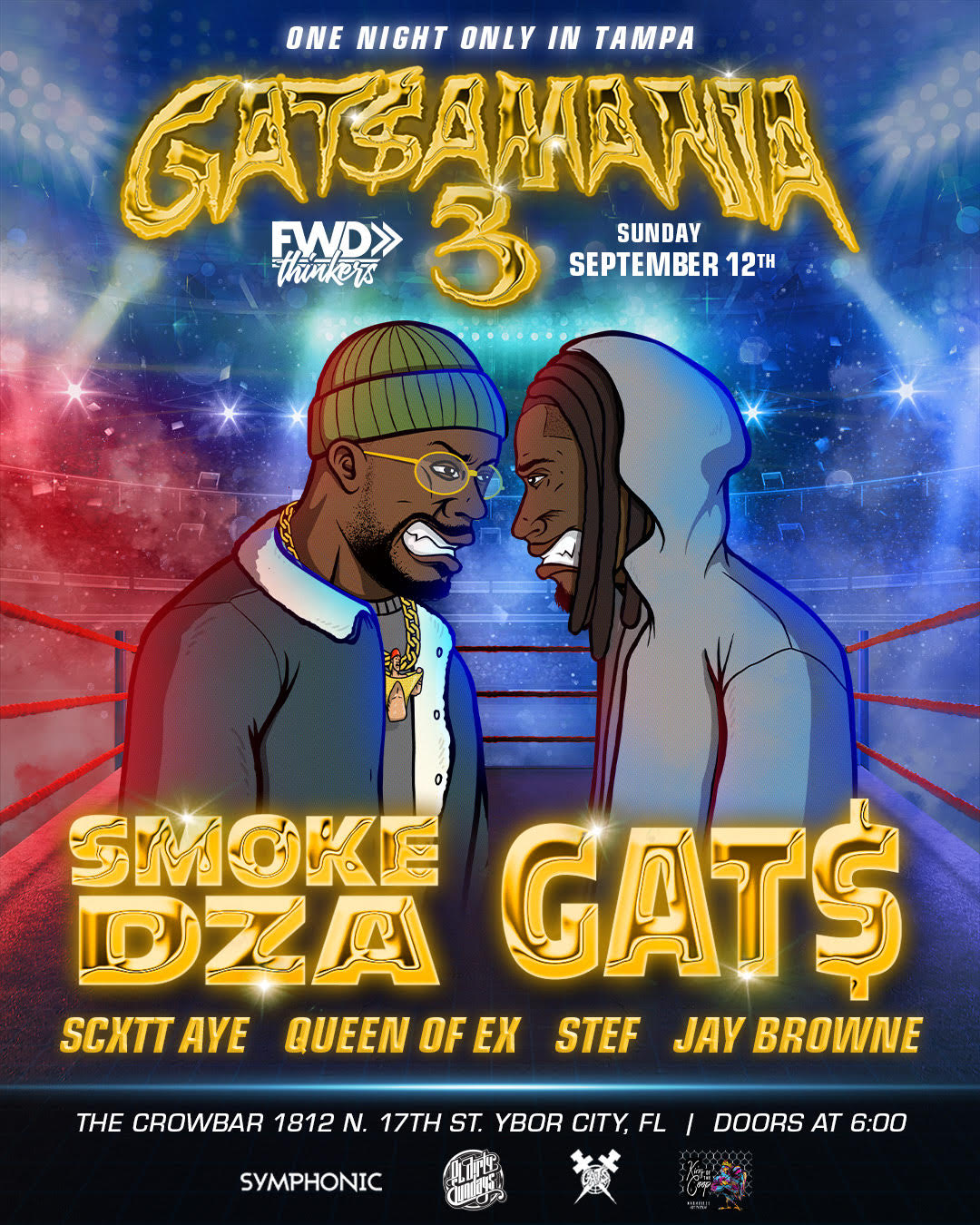 After a back and forth and a year of suspense, announcing the headlining set of Smoke DZA vs. Gat$ at Gat$amania 3! Two incredible sets, two phenomenal emcees, one night only! September 12th at Crowbar in Tampa will be the stuff of legend.

Rounding out the night will be the Mechanic, Scxtt Aye with new bars from around the way, Stef, the New Prince of the South, Her Royalty, Queen of Ex with an electric set and the Assassin, Jay Browne, the next to the throne.

With all this anticipation building, this will be the event you can’t miss. You know the vibes!

Also, a very big THANK YOU to our title sponsor King of the Coop!