The Wave | The King of Lagos 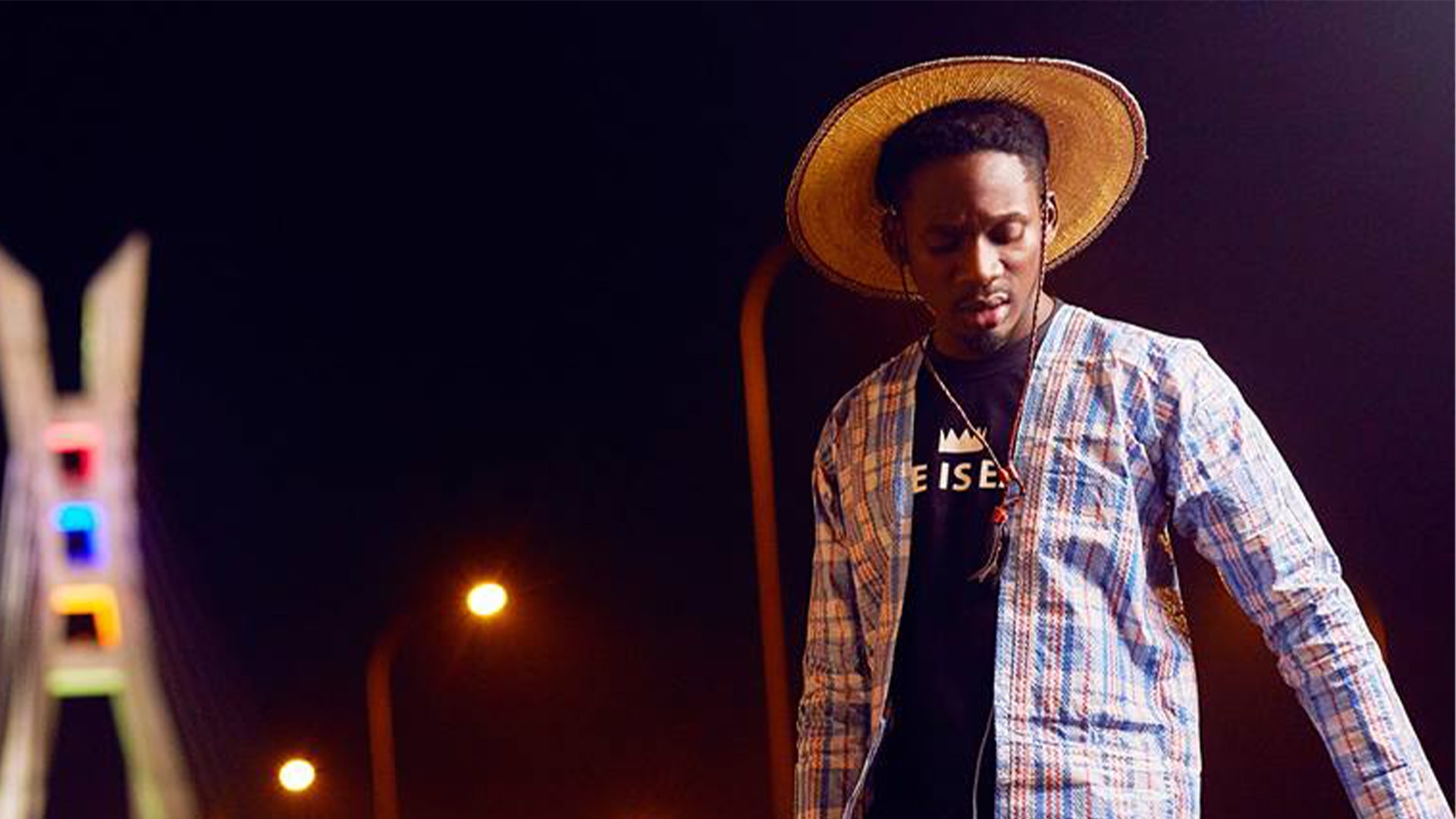 Music is a universal language. Its bass licks, guitar strums and amplified tones transcend the excuse to forbear opening our minds and hearts. Its frequencies and energies provide a platform for unity. And in a time when our country feels divided, it is crucial to the human condition that we find ways to connect with one another.

Through the years, my father would tell me stories of how it felt when time froze on The Dark Side of the Moon, or the impact Bob Marley had on people’s state of consciousness on an international level, or the worldwide stardom of The Beatles. As we bear witness to the rise of the current ‘Afro-pop’ (or ‘Afro-beat’) movement and the talent in Nigeria specifically, Mr. Eazi stands out as one of those transcendental artists.

Mr. Eazi is a 27-year-old Nigerian pop singer, songwriter, and entrepreneur born Oluwatosin Ajibade. He is widely recognized as the pioneer of Banku music, a fusion sound he describes as a mixture of Ghanain “highlife” and Nigerian chord progressions and patterns. The music is chock full of love and unmatched fervor, with brass horns being a common motif. (There’s a reason for it: horns travel well and better stand the test of time than a stringed or percussion instrument. For this reason, many children grow up making music with brass in Africa.) Ajibade’s vibrant sounds and tempos incite feelings of comfort and ease. They blend well with his upbeat drums and effortless melodies, like an perfectly mixed ‘pine and ginger’ on ice – the mood is undeniable. The music encourages you to be patient, more empathetic, and in a more benevolent disposition throughout the day. It almost has a similar effect as meditation does.

Mr. Eazi, the (self proclaimed) King of Lagos, is undoubtedly the face and leader of this new wave of sounds coming from his motherland. You can feel the passion in his soothing, buttery voice. The beats are springy and uplifting. The lyrics are empowering and demonstrative. He croons softly on “Property”:

Me I no go do you wrong like Lazarus. Baby maky go Jeje. Till the morning light. Me I no dey tight my hand o. So Baby all of my property, I give you authority.If you go down like economy, economy. Baby you go follow me, follow me.

The visuals are equally vibrant and unique. In his latest release, “Pour Me Water,” Mr. Eazi showcases colorful threads and eccentric style. They show the influence of American hip-hop culture on the rest of the world. He puts his own spin on the genre, and the result couldn’t be more pleasing. It is truly humbling to watch Mr. Eazi pour the entirety of his soul into his albums.

There are moments in all of our lives that shape and define who we are – points that set the pace for our personal drive and ambition. “Don Eazi” experienced such a moment in February 2016. The Ghana Music Awards (GMA’s) chose to deny any nominations for Mr. Eazi in any of its Ghanaian-only categories. According to George Quaye, a spokesperson for Charterhouse, he was disqualified because of his nationality. The act further fueled his drive to become a more impactful artist and creative. His music started releasing more frequently with a flurry of hits to add to his already legitimate catalog. The culmination of this push, and possibly the biggest moment of his career, was his breakout performance at the 2019 ‘Coachella’ event in Indio, California. Eazi dominated the stage with energetic background dancers and a colorful aesthetic, including a two story bus with the words “Lagos to London” written across the side. He opened up the day and left the crowd buzzing and chanting for more. It was what live performances are all about: creating an unforgettable experience, a feeling of unity and hope.

I highly suggest introducing this artist into your daily playlist rotations. In a time where division asks many questions, the King of Lagos shows that love is the only answer.