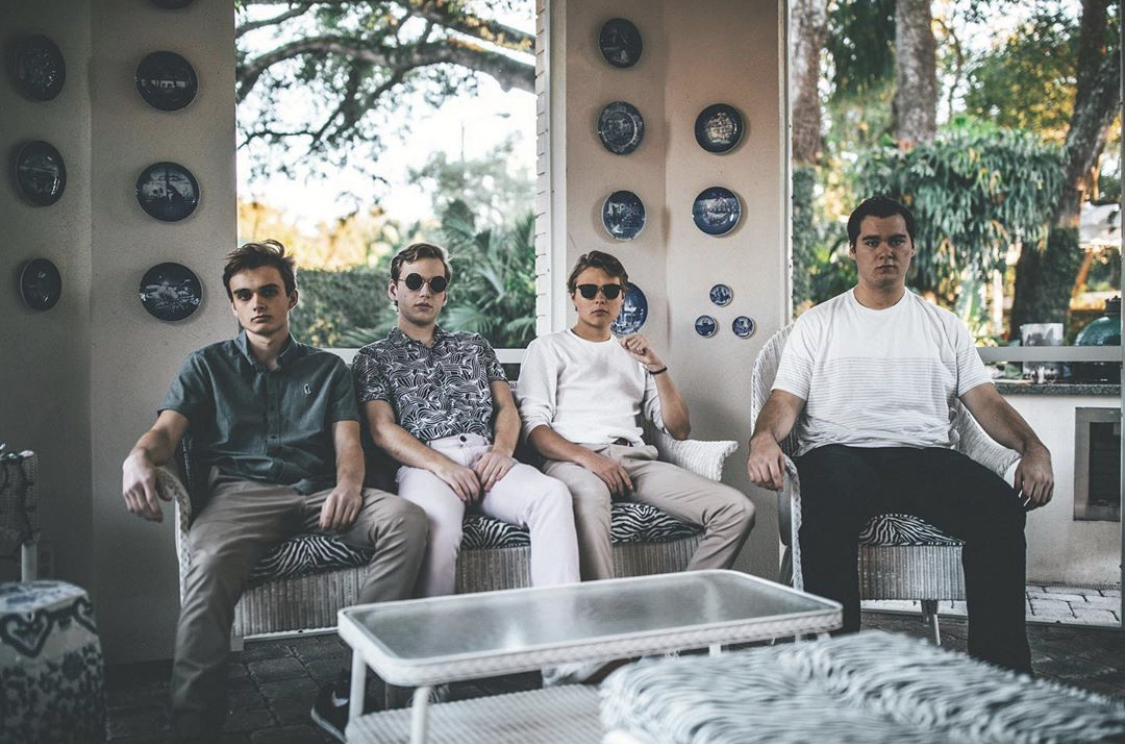 With the click of the tv flickering through channels, Visit Neptune’s Life as a Hypnotist starts with an abated, flighty confidence. Alex Turner like vocals wail in over the churning bass strokes and the intro track Who or What is Irma? It ends as quickly as it starts, but like a whisper in the night, it grabs your curiosity in an unnerving clutch.

The album follows with promise, serving up an amalgamation of some of Alternative rocks most famed sounds; “Stage 5” features a breezy guitar and punchy bass combo akin to Kings of Leon “Come Around Sundown” days, as “Excuse Me, Ms,” dips its toe firmly in Arctic Monkeys’ “AM” pool. The greatest send-up possibly being “Vacant Rooms” cruising, sounding like the distant, sophisticated “Stella Was a Diver” in its opening riffs. While comparisons are easy to lob, a common trend for most bands during their first effort, Visit Neptune does a good job making these sounds their own.

Riley and company hit an immaculate stride in the middle section of the outing, with standouts “Cocoon Games” and “Say No”  packing a deft one-two punch in the sequence. The pair groove together better than a well-oiled gas pedal under the sole. Driven, burned-out guitars synced over Trent Alexander’s masterful drum patterns allow Riley’s lyrics to grasp your eyes and show you a world he’s envisioned. More importantly, at this time of the album, you truly get to witness the boys brand their sound and identity with a wide brush stroke. The penultimate “The Night Shift” operates like a video game final boss fight, taking all the best techniques displayed in the journey and rolling it into one beautiful crescendo. The palette is diverse as well; “That Dark Electric” fittingly leans into a dark, electronic aesthetic and doubled as a palate cleanser, and “Automated Heart”’s warbled effects providing a new texture to the bluesy distortion prominent in the album.

Lyrically, the album’s words fit right in hand with the musical gymnastics. Various songs work as a great distribution of energy for the working man, with a coupling of songs as work as an escape, ironic timing with the world currently stuck in their homes. Riley’s thrilling pen shows no ceiling when it comes to potential, as he skirts through themes such as a guilty conscience (“Say No”) to a guilty pleasure (“Forbidden Things”. Evermore, as the band establishes a sonic identity, the superb sequencing of the album makes it bloom into a project designed for a night ride, with your chariot careening from the beach to the solar system with the volume on tilt.

With a bright future ahead of the quartet, Visit Neptune’s Life as a Hypnotist is a record you’ll want to…visit. Neptune has cast a mighty spell with this delivery, and you’ll surely want to be under it.

“Life of a Hypnotist” is available now for streaming on >> Spotify